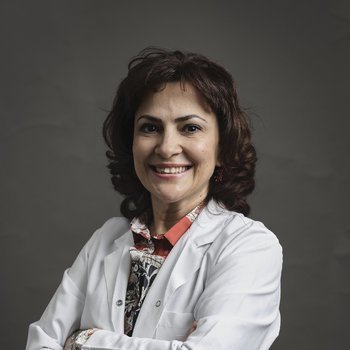 Diabetes mellitus is a chronic metabolic disease, caused by either inadequate production of the hormone insulin or a lack of response to insulin by various cells of the body. Consequently, the organism cannot sufficiently benefit from carbohydrates, fats and proteins and needs constant medical care.

The condition should be treated well, considering complications in acute or chronic stage and high cost of treatment, since prevalence of the condition is gradually increasing in our country, similar to worldwide prevalence.

Aim of treatment is regulating blood glucose along the day, reducing the risk of acute complications, preventing micro and macro-vascular complications, and eliminating other co-morbidities, and ultimately, life quality of diabetic patient is corrected.

Patients with type 1 diabetes mellitus require lifelong insulin therapy. Insulin preparations are identified depending on how fast they start to work and how long their effects last; fast-acting insulin, and short-, intermediate- and long-acting insulin and mixed insulin. Most require 2 or more injections of insulin daily, with doses adjusted on the basis of self-monitoring of blood glucose levels. Intensive insulin therapy (basal-bolus) is the principal. In this method, 3 or more doses of insulin are administered subcutaneously or insulin is infused continuously subcutaneous insulin pump (CSII/insulin pump).

Type 2 diabetes mellitus accounts for more than 90% of all diabetic patients, and on the contrary to patients with Type 1 diabetes mellitus, patients of this group are usually overweight or obese. Tight glycemic control achieved earlier will minimize or delay complications of diabetes.

There are four groups of medications, which are taken orally in management of Type 2 Diabetes Mellitus.

1. Metformin: The first medication to be used for patients diagnosed with Type 2 diabetes is metformin, in association with lifestyle changes. It lowers HbA1C approximately by 1-2 percent. It does not cause weight gaining; on the contrary, it helps losing weight by leading to loss of appetite. Side effects, such as gas, distension, are usually transient. Diarrhea and metallic taste are principal side effects. It should not be used in patients with renal dysfunction (serum creatinine ≥1.5 mg/dL in male subjects and ≥1.4 mg/dL in female subjects), chronic alcoholism, liver disease, congestive heart failure, acute myocardial infarction, chronic pulmonary disease, major surgical intervention, sepsis or decreased tissue perfusion. If patient will have radiological study with intra venous contrast metformin should be discontinued minimum 3 days before.

B: Agents stimulating secretion of insulin

1.Glinides: They are short-acting drugs, which stimulate secretion of insulin. It has two pharmacologic structures; nateglinide and repaglinide. They have effects on postprandial blood glucose. HbA1C lowering effect is reported as 0.8-2 percent. Though rare, it has risk of hypoglycemia.

2. Sulphonylureas: Recently, short- and intermediate-acting and long acting agents are used.
HbA1C lowering effect is 1-2 percent. Hypoglycemia, weight gain, and allergic reactions, although rare, are principal side effects. Contraindications include Type 1 diabetes, liver and kidney failures, pregnancy, severe infection, trauma, and surgical interventions. They ara received before meal. The recommended dose is usually once or twice a day.

Alpha-glucosidase inhibitor: Acarbose exerts influence especially on postprandial blood glucose. HbA1C lowering effect is 0.5-1 percent. It does not cause weight gain. Rather, it helps weight loss, since it leads to sense of fullness. Severe gas, distension are the major side effects.

Major parenteral agents are Exenatide and Liraglutide, while there are also oral forms, including Sitagliptin, Vildagliptin and Saxagliptin. These drugs have effects on postprandial blood glucose. HbA1C lowering effect is 1-2 percent. They do not cause weight gain. Rather, weight loss is remarkable with Exenatide and Liraglutide secondary to side effects of loss of appetite and slight nausea. Blood glucose lowering effect is relatively low in oral forms in comparison with parenteral preparations.

Patients started insulin should be informed on symptoms and signs, prevention and management of hypoglycemia. Patient should be trained on dose titration. Insulin and glitazones should not be given in combination, if patient has heart failure. Glycemic monitoring should be continued for patients who achieve optimum blood glucose with insulin therapy. Fifty percent of subjects may experience hypoglycemic attacks, and therefore, dose reduction can be required.

Bariatric surgery, also known as obesity surgery, helps correcting co-morbidities, including type 2 diabetes, hypertension, obstructive sleep apnea, and hyperlipidemia, in addition to weight loss in a substantial part of patients. The underlying mechanism includes changes in synthesis of insulin and intestinal hormones, which regulate effect of the former one, in addition to weight loss and limited food intake.

Though pancreatic islet transplantation is a new and promising method for patients with Type 1 diabetes, it is still an experimental procedure for selected patients.

Islet cells are collected after enzymatic and mechanical procedures, which last 12 hours and they are injected to portal system of liver.

Why patients are switched back to insulin despite islet transplantation?

Primary cause is auto-immune destruction of islet cells transplanted to the patient, or in other words, the "rejection". For patients with type 1 diabetes, auto-immunity against those islets will further accelerate development of the rejection.

What are advantages of Islet transplantation?

Pancreatic stem cell researches have promising results for the treatment of type 1 diabetes.

This post has been written by Prof. Dr. Berrin Çarmıklı Demirbaş and viewed 10513 times.